Capture Curiosity from the Cradle

What exactly is curiosity?

As Susan Engel depicts curiosity in The hungry mind1, “curiosity begins as a feeling – a stirring, or a sense of mental unrest”. The curious feeling could be triggered by events of uncertainty2 (e.g., a blurry picture, an unsolved quiz or a wrapped gift), novelty (e.g., new products on the shelves) or surprise (e.g., a loud, rumbling noise on the other side of the street). The urge to know more, for example, about the identity of a blurry picture, the answer to a quiz or the source of the loud noise, is the core of curiosity which intrinsically motivates our search for information3 so we can improve our perception of the environment. In other words, curiosity is a psychological phenomenon that drives the acquisition of new information to resolve the uncertainty that triggered it.

We often hear that curiosity boosts learning. Psychologists have indeed found that curiosity does enhance learning outcomes in both adults and older children. In a series of studies done by Matthias Gruber and colleagues4 from Cardiff University, adults and older children were asked to answer trivia questions and to report how much they would like to know about the answers. An unrelated face image was presented to them before the correct answer to the trivia question was revealed. In a subsequent memory test on the trivia questions as well as the faces, it was found that adults remembered the correct answers as well as the unrelated faces better when they were curious. Older children, on the other hand, only remembered the correct answers but not the faces. These results demonstrate the beneficial effect of curiosity on learning overall and might further suggest a change across development in the relationship between curiosity and memory.

Babies are active learners who are curious about almost everything that they encounter. But do they also learn better when they are curious? Together with Dr. Katie Twomey and Prof. Gert Westermann, I (Xiaoyun Chen) have developed two experiments to study this intriguing question in 8-month-old babies at the Lancaster Babylab.

Inspired by the idea that curiosity has different effects on learning unrelated information in adults and older children, we asked whether curiosity supports learning of such information in 8-month-old babies. Two groups of babies took part in our study. In one group, we made babies curious by showing them a blurred picture on a computer screen, and then showed an unrelated object before presenting the clear version of the previously blurred picture. The second group started with seeing a clear picture (so we did not expect them to become curious) before seeing an unrelated object and the clear picture again. We wanted to know if babies learned more about the object they had seen while they were curious than the one while they were not curious. To test this, we showed both of these objects side-by-side to test if they preferred to look at one of them over the other. We predicted that, if babies had learned more about one object, they should look longer at the other object since it was newer (more novel or unfamiliar) to them (as it is well known that babies prefer to look at novel over familiar objects).

And here is what we found…

Study 2: Do 8-month-old babies try to resolve their curiosity?

We know from previous research that adults and older children have goal-focused curiosity; that is, they can be curious about a specific thing. For example, when curious about a trivia question, we want to know about the specific answer to the question more than we do when we’re not curious. In Study 2, we asked whether 8-month-olds would show a similar drive to resolve their curiosity, just like adults and older children do. First, we showed babies a blurred image, followed by a pair of two clear images, one of which was the clear version of the blurred image and the other, a new image (see Figure 1). We tested whether babies would prefer to look at the clear version of the blurred picture over the new image. If they did, this would suggest they wanted to satisfy their specific curiosity by resolving the uncertainty that the first blurred image caused. 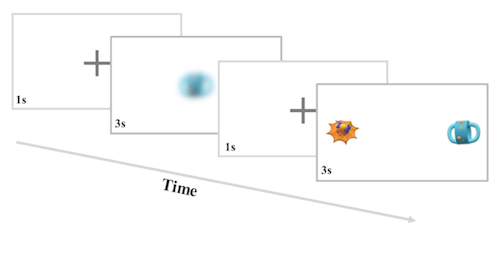 Figure 1.  An example of one trial in Study 2

And here is what we found…

Perhaps surprisingly, given the findings from adults older children, babies didn’t prefer the clear version of the previously blurred object. These results suggest that the role of curiosity resolution changes as we grow from babies, to children, and finally to adults. In particular, it’s possible that the drive to satisfy specific curiosity in adults stems from our ability to explicitly think about what we’re curious about, and deliberately attempt to resolve that curiosity; for example, as an adult, we can ask ourselves “What is the answer to clue 3 across?”. In contrast, babies are unlikely to be capable of this complex level of reasoning. Another possible explanation of these findings is that babies general preference for new information was in competition with a drive for curiosity resolution so that on average, they did not prefer either of the two objects.

What does this all mean?

Curiosity as a drive for information seeking allowing us to gain knowledge and enriches our understanding of the world around us. Curiosity could be impulsive and intensive, whereas it is also often transitory and fleeting. What we have shown here is that curiosity starts very young indeed. Understanding the how curiosity develops and changes over time will help us understand the mysterious and fascinating thinking mind…

We would like to thank all the parents and babies from Lancaster Babylab who took part in this study. More information about this study can be found here. 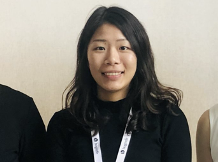 I am a PhD student at Lancaster University studying the curiosity-driven learning mechanisms of infants under the supervision of Prof. Gert Westermann and Dr. Katie Twomey.