I research how children develop their language, thinking, and movement skills. One of the things I'm particularly interested in is how children are different from each other. Of course, when I tell people this, they say "but isn't it all down to the parents" – and I generally think that this idea doesn't give children credit for their interests and differences and how they develop their own abilities.

But we already know that children who have problems learning language often also have problems with their movement abilities. This means it is really important to make sure we look at movement skills as well when we are trying to find out what helps children to learn language.

In our recently published longitudinal study, a group of over 120 Lancaster families volunteered to take part. At 18 months old, we measured children's language and looked at a really wide range of children's abilities and differences between their families, when these children were 21 months, 3 years old and 4 years old.

We found that children's movement skills – moving their mouths, and moving their hands, copying adults to make mouth shapes, and to make new gestures, and moving objects to do things like threading beads and kicking balls – were really important for children's language skills when they were younger. This was especially true at ages 21 months and 3 years.

We looked at children's thinking skills at all the ages we saw the children, and we did find that when they were older (4 years old) their thinking in a symbolic way – learning that one thing can stand for another, such as a model of a house can stand for a house, or a word can stand for an object – was important for their language development, and this was true even when we looked at children with different levels of movement skill. So it's not that thinking skills aren't important – the crucial thing is to make sure we look at all children's skills.

We did also look at a wide variety of things that can differ between children's parents and homes – family factors. In the past, there has been a lot of research worldwide suggesting that parents who have higher levels of education have children who have better language skills. It's really hard to disentangle the reasons for this, and what we measure in parents' education can be very different between countries with different education systems, as well.

We looked at parents' educational achievement and also at some things that might affect children that we think might have a relationship to parents' past education. For example, families might have higher incomes, live in better-off areas, or know more about how to provide a stimulating home environment if they have also had more opportunities for education. In fact, we found that children's home environment (warm relationships, caring parents, educational toys – even if they don't cost much) was the most important of these family factors when children were 4 years old.

We’d particularly like to thank all the Lancaster Babylab parents and children who helped us so much with this, and Lancaster University for funding Simon Connor’s PhD. 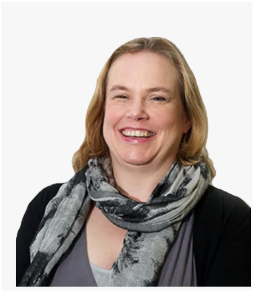