Comparing how French- and English-learning babies learn their language

This is amazing, but also tricky for language researchers. If we want to explain how babies learn language, we have to be able to explain how they learn any of these languages, and languages across the world can be quite different! They use different sounds, they put words together in different orders, and they have different ways of conveying information (e.g. some languages mark gender, some don’t). So, we wanted to set up some experiments to directly compare how infants learning different languages learn on the same tasks. To do this, we visited the Grenoble BabyLab in France to meet with Dr. Mathilde Fort, to compare how French- and English-learning babies learn their language. We set up a study to see how English-learning and French-learning infants learn about singular and plural. In English, we put an –s at the end of a word to make it plural and in French, they change the “the”. We want to see if there are differences in how quickly the infants figure this out.

To celebrate our visit, the BabyLab organised a series of talks so that we could talk about some of our research and learn about the research going on in the BabyLab. We learned how babies process faces that are speaking different languages and we learned some exciting new ways to use computers to model language development. During our visit we also wrote a grant to start new studies to compare language development in French, English, and bilingual infants. This will help us better understand how babies learn language and how learning is different (or the same) in different learning environments.

While babies can learn any language, this is clearly much harder for adults. Alissa saw this first-hand when she sprained her foot and had to visit the Grenoble hospital. The French she learned as a teenager proved woefully inadequate! Perrine however, was raised in a French speaking environment and kindly helped Alissa communicate her request for medical treatment. Alissa has since fully recovered and plans to improve her French.

We would like to thank LuCiD for giving us the opportunity to visit the Grenoble BabyLab and to set up some cross-linguistic studies and make plans for additional ones. These projects will help us figure out what is the same and what is different in infants learning different languages. This is key to understanding how babies learn language (all around the world). 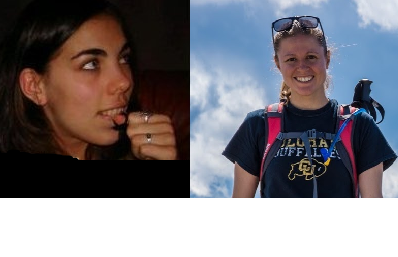 Dr Perrine Brusini is a Lecturer at the University of Liverpool. Her research aims to shed light on the mechanisms engaged in language processing, and how these mechanisms arise during development. She conducts research using neuroimaging techniques adapted for infants research as EEG and fNIRS.

Dr Alissa Ferry is a Lecturer in Language and Communicative Development at the University of Manchester. Her research focuses on the early language acquisition, with a focus on investigating what infants know about language from birth through the first year of life. She is particularly interested in how infants learn words and find patterns in language.