How to Study Language: Why Do We Put Electrodes on People’s Heads?

As many parents know, babies start saying their first words somewhere around their first birthday. But there is a lot going on in their brains before that as they start to make sense of the language they are learning. In my research I try to figure out what babies know about their language before they start talking. This gets a bit tricky—because they can’t talk, they can’t actually tell us what they know! So researchers like me have come up with many different ways to try to figure out what babies know before their first birthday. One way we do this is by using electroencephalogram (EEG), which is an easy way of measuring brain activity. A cap of electrodes is placed on the head and these electrodes measure tiny changes in brain activity, which can tell us what the brain is doing. Here I answer some common questions about what EEG is and how it can be used in language development research.

The human brain is made up of approximately 85 billion cells called neurons. These neurons communicate with each other using electricity, sending messages very fast throughout the brain via tiny electrical pulses. We can measure these electrical signals throughout the entire brain from the 128 different places on scalp using EEG. These “brain waves” can tell us a little bit about how the brain is working. This is particularly useful for researchers at LuCiD because we can see how the brain responds to language.

How does this tell us anything about language? 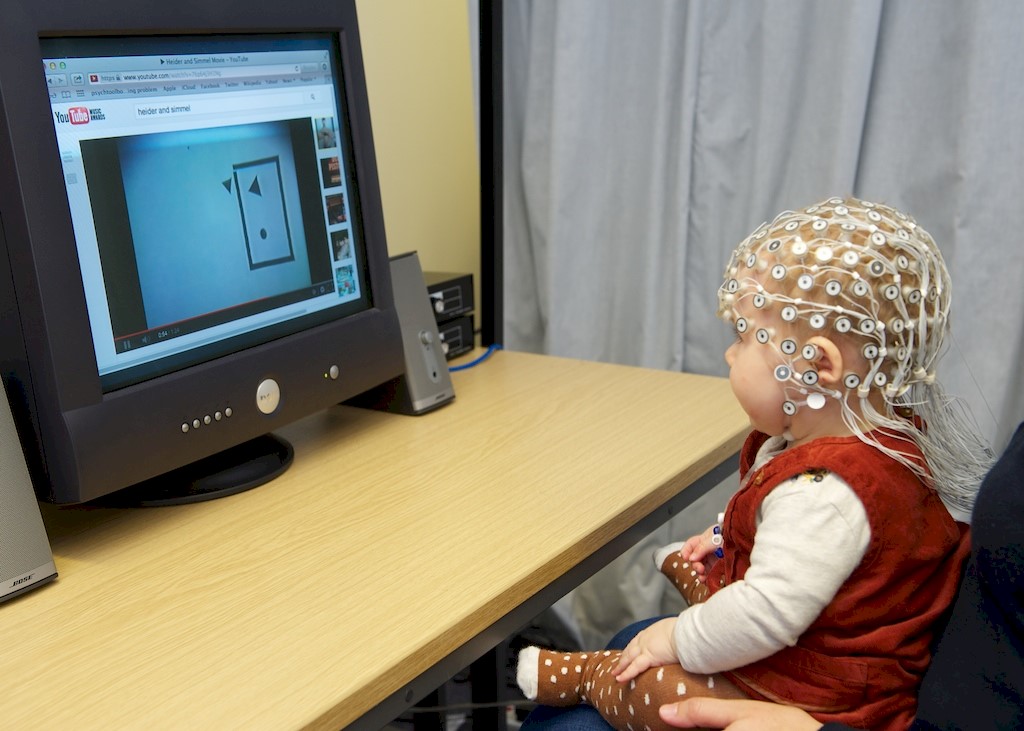 There are certain patterns we can find in the brain that can tell us what babies actually know about their language. One way that I use in my research is to see if babies notice when I make a language mistake. The brain is really good at catching when something is wrong. So good in fact, that there is a very particular response in the EEG signal when something is wrong. We find this in adults and we can see it in babies as well. For example, if I show you a picture of an apple but say, “Look! A cat!” your brain has a very different response than if I say “Look! An apple!” We can use this in babies to see what infants already know about words in their language. We can see if their brain responds differently when a picture and a label match compared to when a picture and a label don’t match. If a baby sees a picture of an apple and their brain responds differently when they hear it labeled an apple or a cat, it suggests that they know the word “apple” and they know that it is the red fruit pictured. If the brain doesn’t respond differently, it suggests that they don’t understand the word yet. This can help us figure out what words babies actually know before they speak.

What happens in an EEG study? 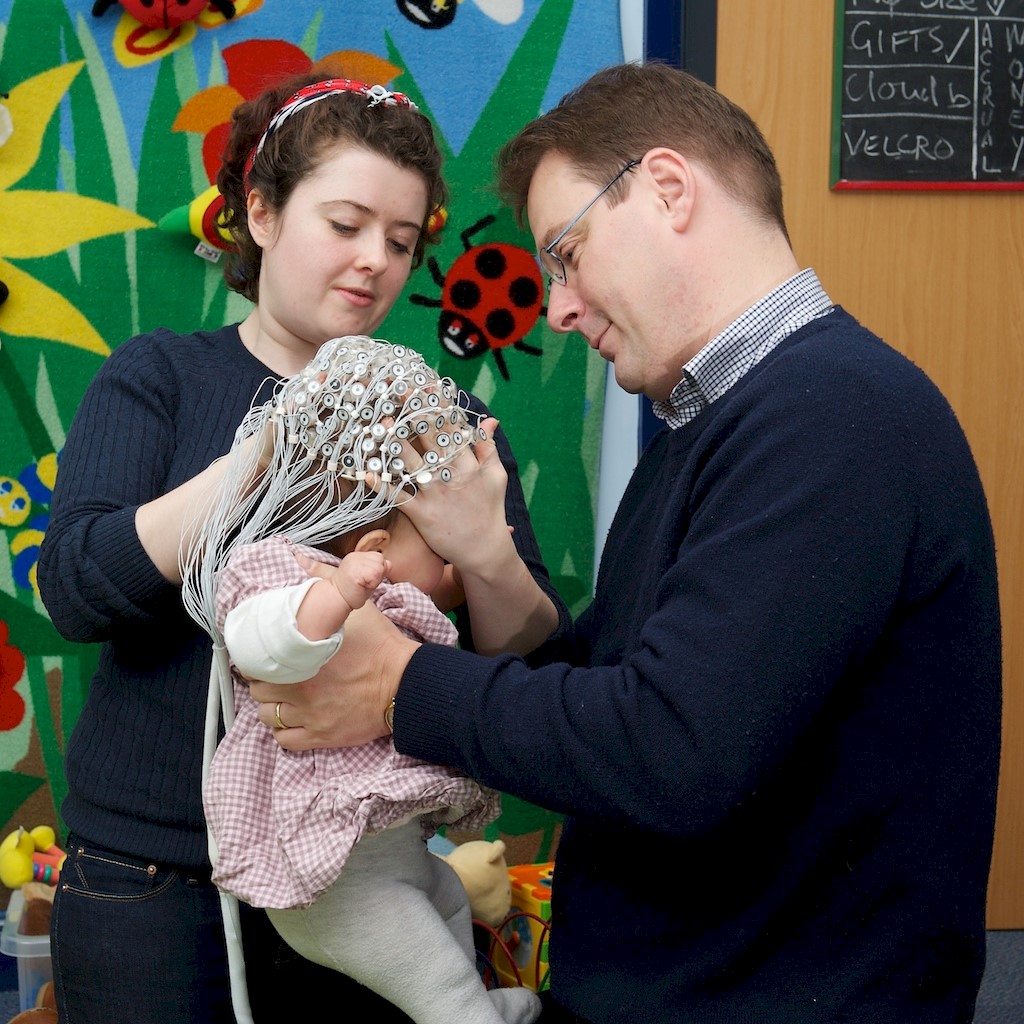 The studies are actually quite simple. The baby and the mum or dad come into the lab. After explaining the specific research project to the parents, the first thing we have to do is measure the baby’s head. We have different sizes of electrode caps so we have to pick the one that best fits the baby. We then put the cap in a bucket of warm water with some salt and baby shampoo mixed into it (this helps us get a better picture of the brain waves). After letting it soak for a few minutes, we put the cap on the baby’s head. This is usually pretty surprising for the baby (they don’t often wear wet caps!) so the researchers and the parent distract her. We find that soap bubbles and musical toys are particularly good baby distractors! After making sure that the infant is comfortable and happy, we move to the testing room and get started. The researcher then starts each trial when the infant is attentive and watching the computer screen. In some trials the pictures and the labels match and in some trials they don’t. The studies typically last around 10 minutes and then we take off the electrodes and we’re done! Later the researchers look at the data to see if the baby’s brain responded differently to trials in which the picture and word matched and trials in which the picture and word did not match.

That’s a quick look at what EEG is and why language development researchers are sometimes found attaching electrodes to babies’ heads! We know that babies are figuring out their native language (or languages) during the first year of life. EEG allows us to take a peek at how babies’ brain process language long before they even say their first words!

Alissa is a Lecturer in Language and Communicative Development at the University of Manchester. Her research focuses on the early language acquisition, with a focus on investigating what infants know about language from birth through the first year of life.   She is particularly interested in how infants learn words and find patterns in language.