Supporting language learning in the preschool years: the campaign at the heart of the BBC’s new Education Strategy

We know that failure to develop adequate language skills during the early years can have a profound impact on children’s lives. For example, children who have poor language skills at age five tend to do worse at school and are more than twice as likely to be unemployed at age thirty-four than children who have good language skills. We also know a lot more than we used to about how children learn to talk, about the amazing abilities that human infants bring to the language learning task, and about the kind of environments that support children in their language learning.  While children will always differ from each other based on each child’s unique make-up, there are things that we can do to support language development. For example, did you know that the singsong intonation of baby talk (parentese) helps infants identify words in their caregiver’s speech? Or that parents who notice what has caught their child’s attention and talk about that (contingent talk) - whether it be next door’s dog barking or the round and round motion of the washing machine - have children who learn words more quickly?

Perhaps by making this kind of knowledge available to parents and people working with young children, we can improve children’s language in the preschool years and increase the number of children entering school with good language skills that will help them to learn and to interact with others. This is the aim of a campaign currently being developed by the BBC.

The BBC’s Language and Literacy campaign, led by BBC Learning and currently half way through its development and piloting year, seeks to raise awareness of the importance of language learning in the preschool years and to provide parents with information and practical advice about how to support their children’s language learning. For example, in one strand, it is developing video materials featuring real parents supporting their children’s learning in everyday settings in order to illustrate how simple techniques - like picking up on what has caught a child’s attention and talking about it, or taking what a child has just said and expanding on it - can result in fun, language-rich interactions which support language learning.

At the heart of the campaign are two key ideas. The first is that all campaign messages should be firmly rooted in evidence. To this end, the campaign development is informed by a Language Advisory Group consisting of academics from the ESRC International Centre for Language and Communicative Development (LuCiD) and the University of Sheffield, as well as frontline professionals from the Royal College of Speech and Language Therapists, The Communication Trust and iCan. This Language Advisory Group has been working with the BBC to develop a proposed roadmap for early language development and evidence-based advice that would be rolled out across successive years of the campaign. It has most recently also been reviewing the video content created for an initial pilot, to ensure that all of this content has a sound evidence base and the language development techniques are clear. 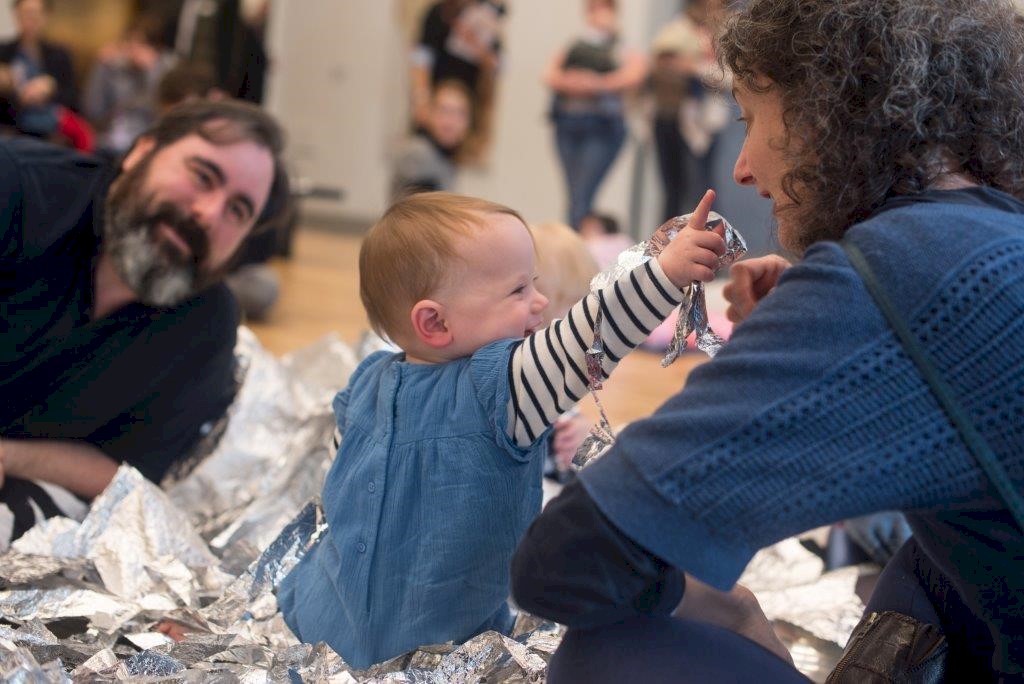 The second key idea behind the proposed campaign is to empower rather than blame parents and caregivers around their child’s language development. As all caregivers know, looking after young children is a very demanding task, and caregivers aren’t always given the credit they deserve (either by their children, by politicians or by the media). What’s more, some children struggle with language learning for reasons that have nothing to do with parenting interaction or the environment. So the campaign recognises that each child is different and there will be different ways to support children to reach their potential. By teaming up with language researchers and frontline professionals to provide caregivers with the best available information about how they can support their children’s language learning, the BBC is not trying to tell caregivers that what they are currently doing is wrong; it is trying to celebrate the kinds of interactions that many caregivers engage in naturally, and use examples of these interactions to increase awareness of how all caregivers can support children’s language learning.

Of course, how far-reaching in its effectiveness the new campaign will be, will only be seen once it is rolled out. However, a campaign based on collaboration between academic researchers, frontline professionals and the BBC has a number of advantages. First, involving language researchers ensures that campaign messages will be based on the most up to date evidence rather than opinion. Second, involving frontline professionals ensures that the way in which campaign messages are framed will be sensitive to circumstances on the ground. Finally, the fact that the BBC sits at the centre of the collaboration means that its considerable expertise in communicating with different populations can be used to ensure that its messages reach the widest possible audience, in the most engaging way. The BBC’s new campaign should result in a public that is better informed about how children learn to talk and what we can do to support this process.

Prof Julian Pine (University of Liverpool) and Dr Danielle Matthews (University of Sheffield) are both part of the Language Advisory Group for BBC Learning's new Language and Literacy campaign.