The impact of perceived emotions on toddlers' word learning

When we interact with babies, we always talk to them full of emotional expressions and might notice that they might pay more attention to us when we are happy, sad, or making silly faces. Babies and toddlers are surrounded by this emotional information when they’re starting the journey of learning to speak. But, do our expressions help babies to learn new words? Or might our expressions distract them and disrupt their learning? Or, perhaps our emotional expressions have no impact on word learning? To answer these questions, we designed a word learning task to explore whether toddlers learn new words differently in emotionally neutral, happy, or disgusted context, as demonstrated in our recent published paper.

The first part of the word learning task is the learning phase. Two-year-old toddlers learned three new words by watching a video playing an actress naming three unfamiliar toy-like objects with pseudowords (e.g., Look, a bosa!). Importantly, the actress used emotionally happy, disgusted and neutral expression for the different objects. Toddlers also saw the actress responding to the objects with different emotions without naming them, using the interjection “WOW” for happy, “URGH” for disgusted, and “LOOK” for neutral.

During the learning phase, toddlers sat on their caregiver’s lap in front of a computer screen, with an eye tracker attached, to let us record which object they were looking at. We found that, compared with the happy and neutral expressions, toddlers were more likely to look at the disgusted expression, suggesting that negative expressions attract more visual attention from toddlers relative to the positive and neutral ones.

After the learning phase, we tested whether toddlers remembered the newly-learned words and whether they linked the objects with the three emotional expressions.  During the test phase, they saw the three objects side-by-side on the screen, and then heard the names of objects as well as three interjections, “WOW”, “URGH”, and “LOOK”, representing positive, negative, and neutral affect.

We found that toddlers correctly remembered the objects’ names, but they only identified the object associated with the negative affect (after hearing “URGH!”). The findings suggest that toddlers can learn new words regardless of which emotion they encounter during learning, but they only recognise the object associated with the negative affect. One possible explanation of these findings is that toddlers process emotional and linguistic information relatively independently, and that negative emotions make the object more salient or noticeable compared to positive and neutral emotions, which are more common in our daily life.

All in all, little ones can learn new words no matter what silly faces we make, and what emotional expressions we show while we are talking to them. But among those expressions, it’s emotionally negative expressions and the information associated with them that grab the most attention from toddlers.

This study was supported by the Leverhulme Trust Doctoral Scholarship Programme in Interdisciplinary Research on Infant Development (DS- 2014- 014) based in the Department of Psychology at Lancaster University, by the ESRC International Centre for Language and Communicative Development (LuCiD), and by an ESRC Future Research Leaders fellowship to KET. 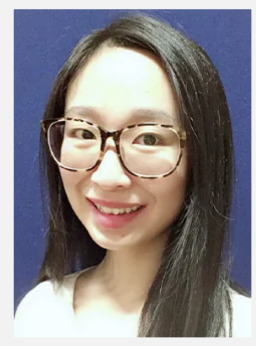