Liverpool meets the scientists at The World Museum

It was a delightful Saturday morning in Liverpool.  The sun was cracking the flags, the birds were singing with glee, and the local ice cream men were out in force, battling for the attention of the local children. This is all irrelevant really, as we were inside all day away from the sun with not an ice cream in sight, and the only birds around were prehistoric models from the Jurassic period.  It was the University of Liverpool’s “Healthy Bodies, Healthy Minds” event, a fixture in the Meet the Scientist series, at the World Museum in Liverpool. Members of LuCiD and the Reading Together projects were of course delighted to be inside as they were joined by researchers from the University of Liverpool to showcase the wonderful work they do to members of the public, who flocked like prehistoric birds to this metaphorical watering hole of delight.

The event was enjoyed by all, young and old. Enjoyed by all, that is, with the exception of one elderly gentleman, who grumbled about having come to the wrong event – he wanted to attend the similarly named “Healthy Lives” event in the same series. But alas, he was here at the “Healthy Bodies, Healthy Minds” event, where at least he was safe from the clutches of the local ice cream men.  They can be a pest (which, incidentally, is what the “Healthy Lives” event was all about). In spite of this unfortunate mistake, our elderly friend enjoyed his visit so much that he only left three hours later. 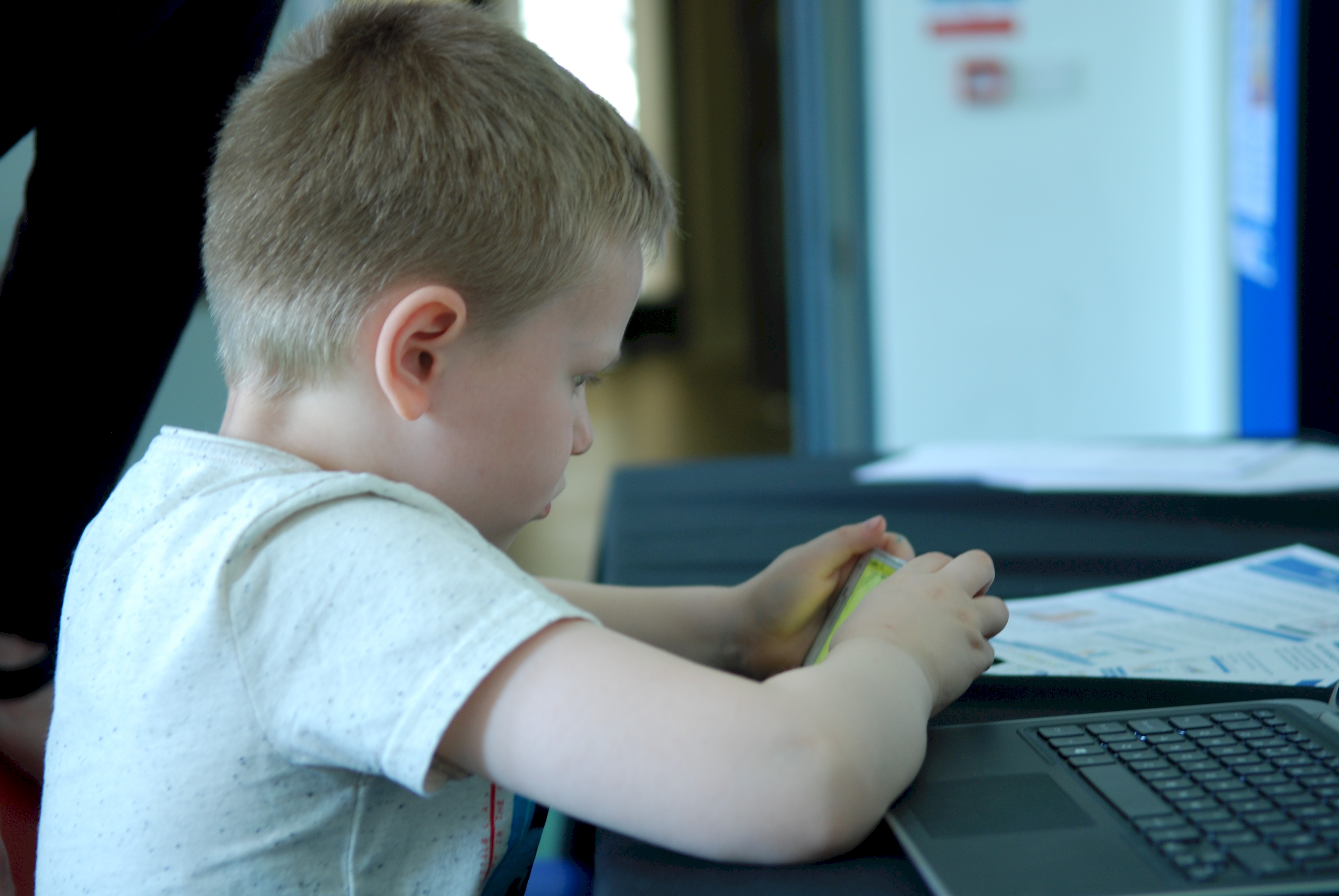 The event was a roaring success – over 450 families were in attendance, where they could enjoy a smorgasbord of delectable attractions. In the 'healthy bodies' section, families took part in fun games and quizzes, from craft and exercise activities designed to help children understand the importance of healthy eating and physical activity, to being invited to become food detectives in order to discover the hidden amounts of sugar and calories in our food and drink (it became rather like an episode of Murder She Wrote, only there was no murder, and nobody wrote anything).  Our visitors were also asked to think about the increasing size of food portions, and to learn about what it is that makes food addictive.

Our 'healthy minds' were addressed up four flights of stairs (perhaps a planning ploy to link to our 'healthy bodies') where we had a number of activities from the Wirral Child Health & Development Study to demonstrate some of the challenges children face when making decisions – if a volunteer was able to listen to instructions on working the mechanisms on a tilt table, they were rewarded with a chocolate ball (but don't tell the sugar detectives!) Another “game” in this section saw one married couple attempt to complete a drawing together on each side of an etch a sketch, which didn’t end well.  It’s highly likely that 'etch a sketch' will be the reasons cited in their divorce papers. 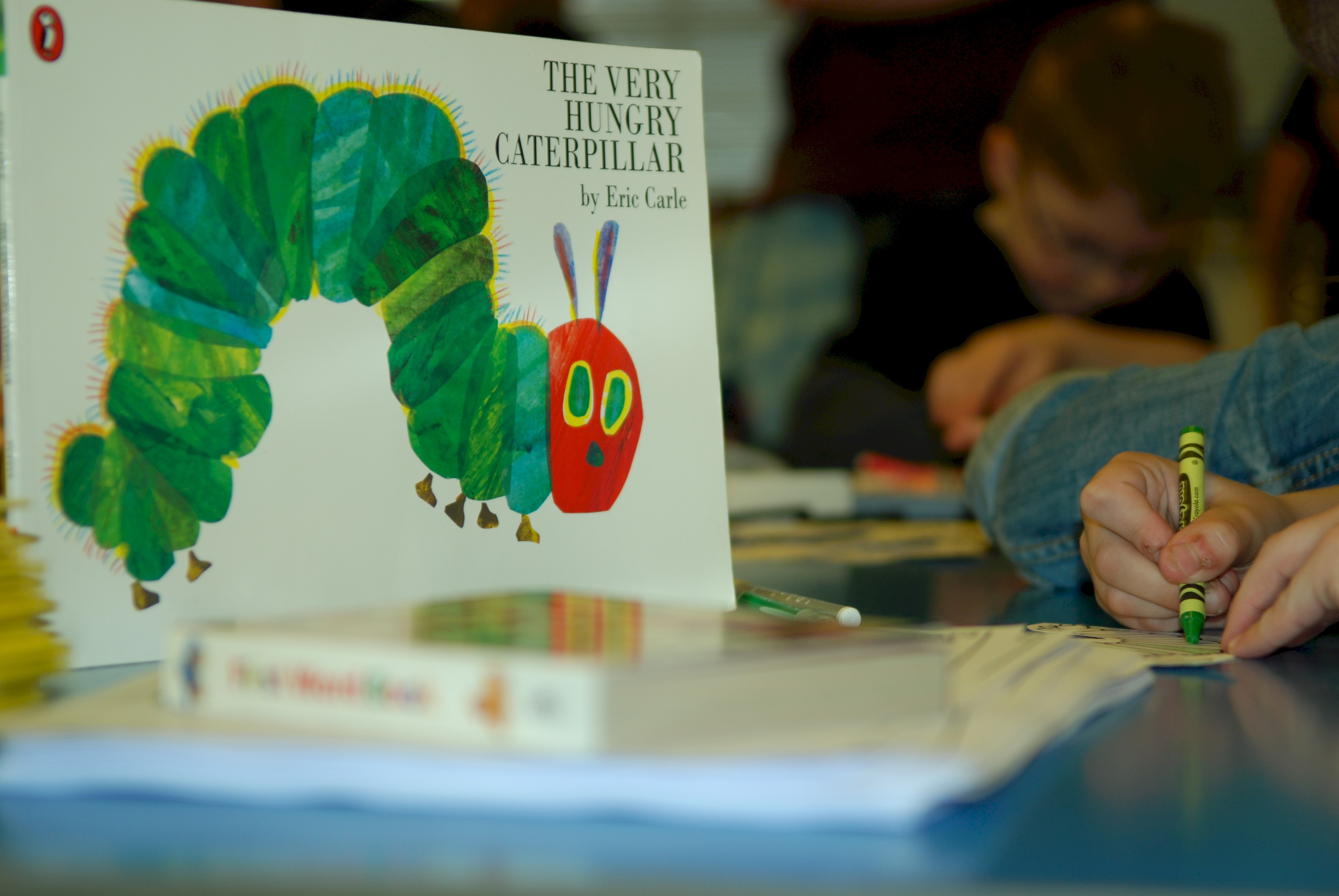 The 'healthy minds' hall also hosted the LuCiD display, which demonstrated to parents how technology can help enhance children’s language learning and development. As well as advice on how to manage "screen-time", there were lots of educational apps and computer games for parents and children to play, and talk about, together. Downstairs, more traditional gluing, sticking and colouring activities were provided by the Reading Together team's Very Healthy Caterpillar stall.

And finally, a thought-provoking talk and video presentation delivered by researchers from the Centre for Research into Reading, Literature and Society highlighted the benefits of reading for health & wellbeing, where visitors were treated to a sparkling recital of Robert Frost’s “The Road Not Taken.”  In this poem, Frost ponders his choice in a woodland where two paths diverge and he is only able to choose one path.  One can almost imagine our disgruntled elderly gentleman, sorry he could not travel to both Meet the Scientist events and looking back, rather wistfully, wondering if he really did go to the right one after all.

Chris Deputy works in the Communications team at the University of Liverpool's Institute of Psychology, Health and Society. See Chris' University profile for more information.