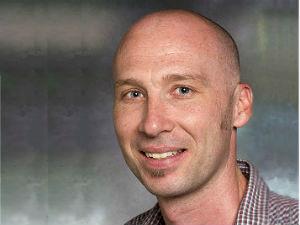 The Australian National University and Max Planck Institute for Psycholinguistics

A bit about Evan Kidd

I was awarded my BBSc(Hons) in 2000 and my PhD (Psycholinguistics) in 2004, both from La Trobe University. I worked at the Max Planck Institute for Evolutionary Anthropology as a postdoctoral research associate between 2003 – 2005, and as a Lecturer and then Senior Lecturer in Psychology at the University of Manchester between 2005 - 2012. From 2008 - 2011 I was also a Charles La Trobe Research Fellow at La Trobe University. Since 2012 I have been working at The Australian National University.

My research investigates the psychology of language, with a main focus on the developmental processes that contribute to language acquisition and use. My current research interests include (i) the acquisition and processing of syntax, (ii) the neurocognitive mechanisms that support syntax acquisition and use (e.g., memory, statistical learning), (iii) the role of socio-cognitive processes such as symbolic play in language acquisition, and (iv) the use and function of non-standard language varieties (e.g., Australian Slang). With my colleagues and students I have conducted research on a number of languages, including English, German, Italian, Finnish, Cantonese, Persian, and Qaqet (Baining, Papua New Guinea).

My role in LuCiD

I collaborate on a number of different LuCiD projects.